Recently search giant Google notified owners of video content on Google Video that the site would be officially shutdown on April 29. Effective April 29, videos would no longer be available for playback, and users had until May 13 to download content. 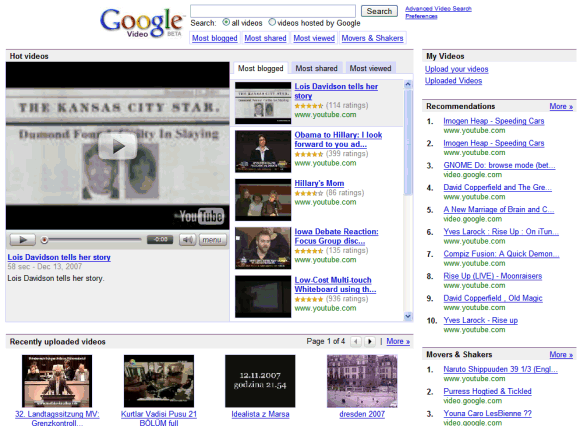 As Google stopped to allow video uploads since 2009, the Google video site still contains almost 3 million videos. Many users complained that Google hadn’t made any easy way to transfer content over to YouTube.

Google created an “Upload Videos to YouTube” option on the Google Video status page. To do this, you’ll need to have a YouTube account associated with your Google Video account. Before doing this you should read YouTube’s Terms of Use and Copyright Policies.

If you’d prefer to download your videos from Google Video, that option is still available.