Mozilla released its new Firefox 4 before a month ago today and within a day it had more than twice as many downloads as Microsoft Internet Explorer 9 after its launch. Currently the browser build already hit more than 100 million downloads after one month in existence, according to the Firefox download stats ticker. 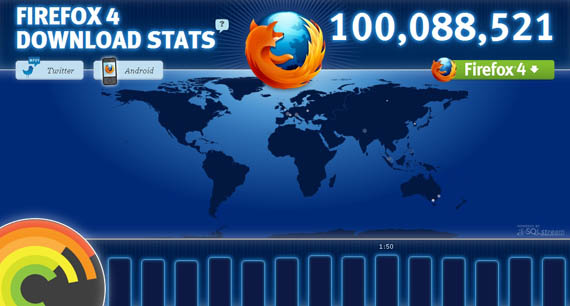 Why Firefox Is Popular?

Firefox is widely used by the web developers due to wide range of addons or extension developed by the huge firefox community and also that are freely available. You can find full feature list form official Firefox Feature page.