Today I get a call from unknown phone number stating that he is from Vodafone and my cell number is randomly selected for a price of 25 million INR (Approx. US $56k). As I know about the scam of emails and SMS, so try to trace the number from where actually the call was made ? Most of people don’t know how to trace phone number. Here I post the trick to trace any phone number.

How To Trace Any Unknown Phone Numbers

There are a big list of websites who claiming to trace phone number but I use NumberingPlans database to trace any number in the world. The details include the type of the phone number (land line or mobile), the country, the city / state / exchange location, and the network service provider name.

To trace phone number go to the database page and enter the number in the international format.

If you want to trace mobile number follow as below stated number format.

The databases are updated quite often, Next publications planned for the week of 2 May 2011. 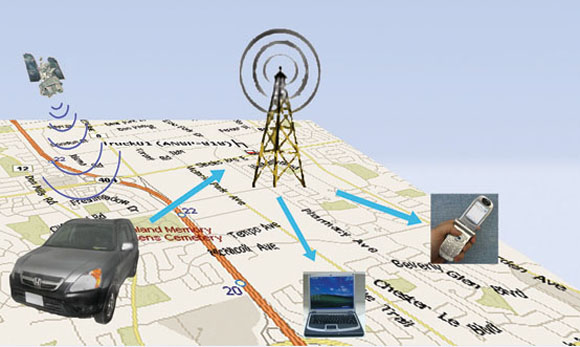 This feature allows tracing in the sense of following someone’s movements in real-time. While showing movements on a map in a browser may be one purpose, having real-time location coördinates available within the server and in clients exposes numerous possibilities ranging from location-based services (for example indicating annotations left by other tracers) and location-based games.

Real time phone number tracing is possible by checking the Visitor Location Register (VLR) database, The visitor location register is a database of the subscribers who have roamed into the jurisdiction of the MSC (Mobile Switching Center) which it serves. Each base station in the network is served by exactly one VLR, hence a subscriber cannot be present in more than one VLR at a time. VLR database is maintained by the respective mobile phone’s network service provider.
Due to privacy concerns, the network service providers do not provide any way to get access to this database. So, at this time, it’s not possible to locate a mobile phone number in real-time.

0 thoughts on “How To Trace Unknown Phone Numbers in the World?”