As all you know Google likes faster websites and ranks them bases on loading speed. Google’s mission is to make the Web faster. One thing that slow down page load times is big image files. Website owners upload JPEG and PNG files but even these formates are pretty big. So Google introduce a new image format called WebP for the Web to make web faster.

The most important thing is to making image files for the Web smaller without losing sharpness is better compression of the original file. Google announced via the Chromium blog that compression algorithms have been significantly improved while remaining completely
compatible with the earlier releases.

The images above image is screenshot from this gallery comparing JPEG to WebP. You can see that WebP images are smaller and look just as sharp as JPEG.

Why should you use Google WebP Image Format?

The most of the traffic over the internet is because of images, hence using WebP would make web faster. It also helps to cut your bandwidth usage and hosting costs. WebP image format will add a new user experience to the world wide web.

Though WebP is only supported in Chrome and Opera browsers. Google products including Gmail and Picasa Web Albums, have also added support to WebP so you can share, send and receive WebP images.

Screenshot of JPEG and WebP Images in Firefox Browser : 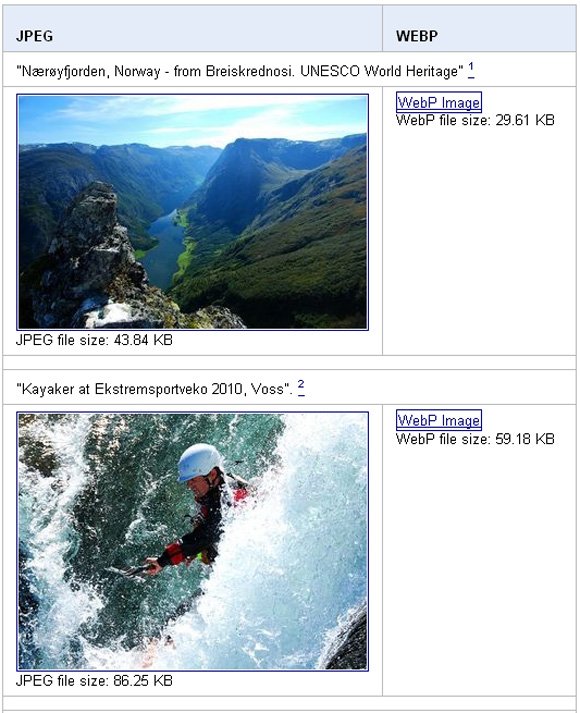 In future other browsers will start supporting it as it gives faster web experience without reducing the quality of images.